The Entertainment Patrol (and general musings)

I heard this beautiful and sad story today that I wanted to share with you all. Just so you know it’s 100% true. The story revolves around a devoted couple who could not bear to be parted during their 60-year relationship and who died peacefully in their sleep within four days of each other. 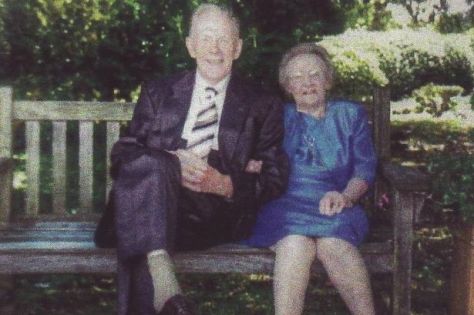 On October 15, as she lay frail in her hospital bed, Edward held Louie’s hand and told her she was the only woman he had loved, seconds before she passed away.

Four days later, on October 19 – after planning his wife’s “perfect” funeral – Mr Davies also went peacefully to sleep on his stroke ward and never woke up. Their only daughter Anne commented…

4 thoughts on “The forever sort of love”

I would love to hear your thoughts! Thanks! ♥ Cancel reply

This site uses Akismet to reduce spam. Learn how your comment data is processed.