Engulfed in the wind of enchantment

Bathing in the cloud of love

The arrows of romance fired at me

Stay with me forever

So I may dance only to your tune

There are five most spoken romance languages according to Wikipedia. They are…French, Spanish, Romanian, Portuguese, and Italian. I suggest you have a language you speak to someone you hold special in your heart.

This only symbolizes their uniqueness; even without them understanding it; the weight of the emotion behind the conversations would say it all. It’s interesting when you add a theme to your relationship either in marriage or courtship period; your partner would feel like the cutest baby in the world when you speak the language occasionally with a beautiful smile on your face and flower to go with it for the women and for the men; you as a woman could convey it while presenting your naughtiness.

You can say short phrases if you find it difficult expressing a sentence.

Te amo (I love you) Italian

Tu ești lumeamea (You are my world)  Romanian

So I hope I worked up your appetite for romance on another continent. You can come up with something of your own as long as you try a seductive, romantic language.

I wish you the best. 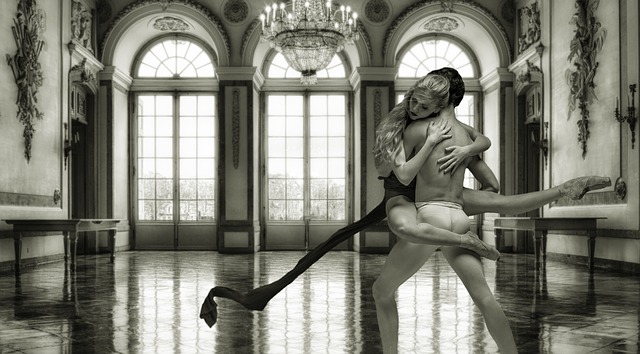 Hugging – Hold her with tenderness, she’s your baby.

Kissing -Go slow and easy, settle around the tongue, then romance it.

Touching- Touch him in sensitive places that will intoxicate him.

Talking – Tell her she’s the sexiest spice in your life and nibble on her ear.

She probably would never say stop…..

Magnetize – Dress sexy to magnetize his gaze to your….B&B,

He probably would rip it off you so take care…

I decided to put together a couple of funny quotes and I hope you enjoy them as much as I did, I felt so exhilarated after reading some on the internet last night.

“don’t try this at home”

so I’m coming over

to your house to try it.

so I went back to bed.

I wish I could lose

and even my mind.

I don’t have a dirty mind

I have a sexy imagination.

It’s perfectly natural when we try our very best to look good on our first date, appearing desperate is something we never want to experience. As hard as it may seem all you need to achieve is to look sexy, beautiful, pleasant, alluring, not only that, confidence is the chief factor of a successful first date. On the other hand, men simply want to look handsome, confident and just be the man that proves a point.

I find it quite interesting when the guy calls the lady to set up the first date, she gets all excited to the extent that her line of reasoning starts getting awkward, not only that, the preparation stage turns cumbersome, in the sense that, it takes forever for a woman to decide what she wants to wear to impress the man. Women just crave attention that sometimes makes them end up looking overdressed, thereby turning into something I don’t even want to describe. I must say that I’ve found myself in that situation too.

Men on the other hand usually take lesser time to dress and the outcome is usually impressive. When we are planning our outfit for the first date there are some certain facts to consider, Whatever we chose to wear on our first date must be something we feel comfortable in, should be clean, not too colorful, most importantly have to generate confidence, In addition to that, we don’t want our first date to be the last.

Good luck on your first date.

She’s nice, very caring, sexy, pays attention to your feelings, always there to answer your calls, picks and returns your calls without hesitation, she’s a good girl and can’t hide her feelings towards you, you were off the phone for 1 week and you got enough messages and missed calls from her and she always says she cares about you.

Also nice, doesn’t really pay attention to your feelings, very attractive, sexy, loves to hang out more with her friends, independent, flirtatious lady, you were off the phone for 1 week and she never attempted calling but she always says she cares about you.

Which lady would you choose to keep dating and consider spending your life with.

I am Rob! The new guy on the block. An expatriate newly employed to set up new strategies of moving the business forward. Everyone sees me as a threat, they aren’t too sure what my mission is at the company, however I am here to set things straight. I don’t take no for an answer and I don’t  fail. Failure went away with the past.

I have heard a lot about Harry..hmm the arrogant bastard. Now he’s out of every lady’s way, not that I want to take over his ridiculous lifestyle, some things aren’t just worth stressing over.

The director! Hayaya…she’s hot, sexy…looks tough but deep inside, she has this uncommon colourful and delightful warmth crying out to be unleashed…

While deep in thoughts, I suddenly heard a knock at my office door and at same time she strolled in with her lustrous pouting lips. The sexy female Director came in, wiggling her model like figure towards me as I sat behind the desk, then she sat down cautiously in the soft sit.

” Rob Why did you transfer Harry?” She asked me softly. “Your company has very little use for a guy like him, trust me Hilda.” I replied her looking straight faced. She sighed softly, stood up and left without any more words. Was that a look of worry I saw on her face over Harry’s transfer?

A week gone by and I still hadn’t heard a word or summon from her. But had an encounter with her in my dreams, where I held her luscious body in my arms with each passing moment, stroking every inch of it with my tactful touch. I woke up sweating profusely, and laid in bed imagining myself caressing her soft lips with my tongue, diving and exploring…Oh no Rob! What is happening?

I was falling in love with her. It struck me like a jolt of electricity. I have always had feelings for Hilda right from the very first day I set my eyes on her at a seminar where I was to present a speech. We happened to have graduated from the same university as well which I discovered at that same venue. she became successful from her father’s inheritance. While I struggled to get through in life to my present state of wealth and experience.

What do I do? I never fail at anything I lay my hands on, yet she’s still my boss.

Here are the links to the 1st, 2nd, and 3rd part of the stories:

Harry –  What my sexy female director did

Harry- My Sexy Female Director Has Done It

Thanks for reading. XoXo 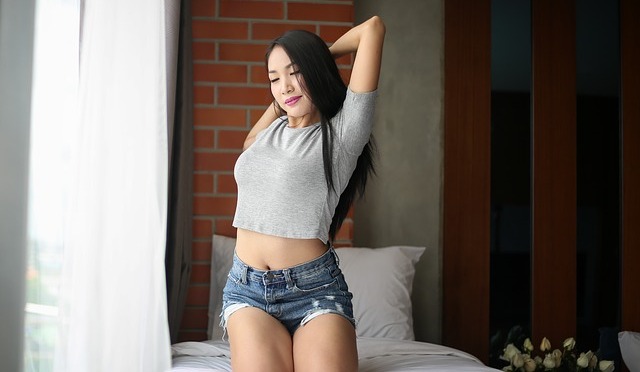 There are a number of filthy things I would love to so to my partner…in as much as I would love them to sound more filthy, trust me, I wonder if I have the nerve to say it all out here…I believe we are all adults here😀

“Baby I  would love you to lick me up and down”

“Touch me here, yes here, deeper…yees! you are my honey boy…”

“I want you, all of you, to fill me completely”

“I want to be your nasty bi–ch all night long”

“Fuck me fucker, turn me inside out, round and round”

There are nastier things I would love to say to him, I’m sorry I can’t share them here, else 😮😮

I would love him to say this to me – sex me baby…ride my brains out, I want to explode in you…

My sexy female director. The CEO of one of the greatest organisations in the country, the brainy beauty. The woman that has created not just one nightmare but several of them that haunts me now will surely lead to my downfall; now she has given me a choice, “this is mine…it’s time for you to make your contributions to the organisation.” She held onto my manhood while she said it.

The past few weeks has been rough for me. I used to believe so much in my capabilities, why has a mere woman suddenly made me feel like I’m nothing? Maybe I have been fooling myself all this while, thinking I had it all. Apparently she employed me, not expecting anything intellectual from me but to fulfill her sexual needs. Now it’s payback time.She asked for it, and will surely get it. It’s time to put an end to this drama she calls “COO COO”.Then she will get to know Harry better.

“I am Harry, every ladies dream man, at the snap of my finger, ladies run all over themselves just to have a sweet savor taste of me. My sex-On-the-beach apartment faces the beach side. Becky, my main sweet babe. All she has to do is to maintain her sought after position, and play according to the rules of the game.”

I will definitely survive the claws of this b..chy CEO. I hadn’t heard a word from her since her direct confrontation with me where she grabbed my balls. I was frightened then, but next time she gets alone with me, I would rip her cloths apart, throw her on my desk,  f..ck her brains out. I would give her more than what she asked for. I would be so done with her, she would come back begging for more. I would take over her heart; Obviously she would be left with no choice other than to promote me three levels higher.

I was deep in thoughts when Rob, the new face of the company walked in with the CEO. I actually don’t know much about him, and I care less. He was the handsome dude, I would call him a genius as staff members said he never failed at anything he lays his hands on. Hmm! What a man I must say. What amazes me more was the fact that he walked hand in hand into my office with my CEO babe whom I had been patiently waiting  for.

Rob spoke up first in an arrogant manner. He said, “Harry, I have heard so much about you,” I stared at him in fake confidence while she stood beside him with an unexpressed face. He further said, “We will have to transfer you to another state which is about 2 days drive from here, there is no direct flight to the destination. That company is our new branch where you have to oversee the administrative department, you will be in charge of the cleaners, drivers, security men and housekeepers of the guest houses. You need to be ready to move in the next 48 hrs, my P.A will draft a transfer letter to that effect before the close of work. Get ready.”

Here are the links to the first and second part of the stories:

Harry –  What my sexy female director did

Thanks for reading. XoXo

You know what happens when you get sandwiched in between two beautiful sexy ladies who won’t take no for an answer from you?

Get on your knees and pray or go with the flow and get burnt.

That’s the first two options. Third option dive into the sea and get bitten by the sharks.

Never doubt the actions of these two women, don’t feel proud about it. Choose one, and be fulfilled or choose none and run far.

Fierce in the heart

Beautiful on the outside

Demons in my head